The gathering of chaotic themes, ideas, images, and sounds into a sequential design. The combination of logistical and creative disciplines. In other words, filmmaking.

A Bit About Me 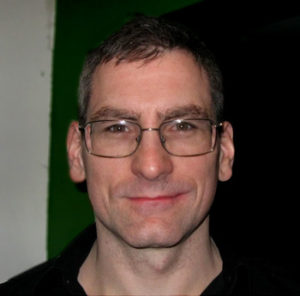 Arthur has over 10 years of film and television production experience as a writer, producer, and director. He recently wrote and directed Three Trembling Cities, a fictional web series about the inner lives and daily struggles of NYC immigrants. The show is available on several platforms, and won Best Diverse Representation at Toronto Webfest, Best Drama at the Minnesota Webfest, Philly TV Fest and the UK Webfest, the Made In NY award at the Brooklyn Webfest, and the Best Multicultural Webseries at the Baltimore New Media Festival. It has played in 30 festivals across the world, and has been invited to several special events, including Irondale Theater’s ‘Not Normal’ program, the New York Public’ Library’s Immigrant Heritage Week, and screenings organized by the New York State Office For New Americans.

Arthur also wrote and directed Found In Time, a sci-fi feature, which won Best Feature Film at Art of Brooklyn and the Space and Time film festivals, and Best Sci-Fi Feature awards at the Shriekfest, Shockerfest, Intendence, Genre Celebration, Phoenix Comic-Con, Space and Time, and ZedFest festivals. It went to 29 festivals, and was released on Amazon, Vudu, Dish, and other platforms.

He’s the author of Preparing For Takeoff, a non-fiction book on preproduction, published by Focal Press, as well as articles on various filmmaking topics for MovieMaker, Pro Video Coalition, Indie Slate, Mixform, and other publications.

Arthur’s short films The Prayer Tree, Matter, Mornir/Mornen and Secret Language have screened at various festivals and art venues, in the US and Europe.

Arthur has also line produced or production managed over a dozen feature films, which have screened at the Tribeca, Slamdance, Nantucket, SXSW, Rome, Woodstock, and other film festivals, and have gone on to theatrical, DVD and cable distribution. In addition to features, Arthur has line produced second-unit shoots, industrials, music videos, and short films.

Arthur’s currently working on his next feature, the supernatural thriller Bitter Child, and developing a war/horror television show, Highway of Bones. He recently co-wrote the action-drama script Die Hunter, about a South African poacher who becomes a ranger, protecting the animals he once hunted.